Apple’s long awaited iOS 11 has finally been released. Whats in it and How to get it

After much wait from millions of iPhone & iPad users, at Apple's largest keynote for 2017, it was officially announced that  iOS 11 will arrive to

After much wait from millions of iPhone & iPad users, at Apple’s largest keynote for 2017, it was officially announced that  iOS 11 will arrive to all eligible devices (iPhone 5s and newer, iPad mini 2 and newer, iPod 6th-gen.) on September 19. Well its finally here, below we have listed the most anticipated features. We strongly suggest that you apply this new update. If you have any difficulties, be sure to leave a comment and our tech team will try and assist.

Unfortunately Apple has today confirmed one of the biggest has been removed from the launch. In a blog post Apple notes its new person-to-person money transfer system for iPhone and iPad, called ‘Apple Pay Cash’, will no longer be part of the iOS 11 release. Apple Cash Pay was part of iOS 11 betas until Apple pulled it from later releases, which implied all was not well. Instead Apple now lists the service as “coming this fall”. 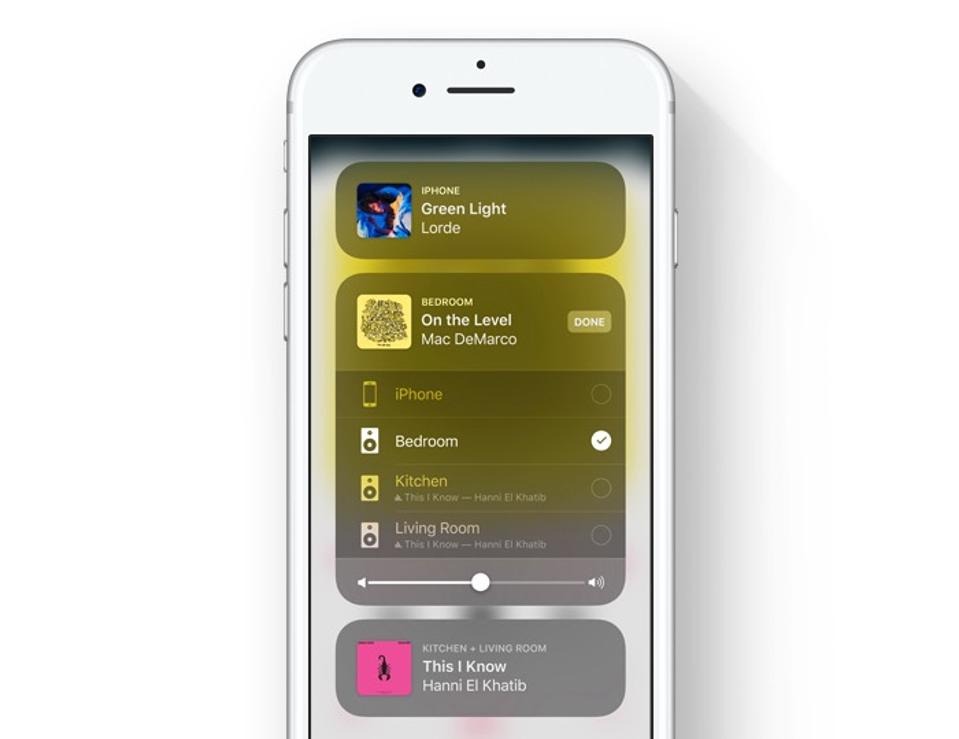 iOS 11 includes a new version of AirPlay called AirPlay 2. AirPlay 2 allows users to control audio systems and speakers throughout the home. Plus you can have music start instantly on all your speakers in sync with each other at the same time, which will surely impress your guests. 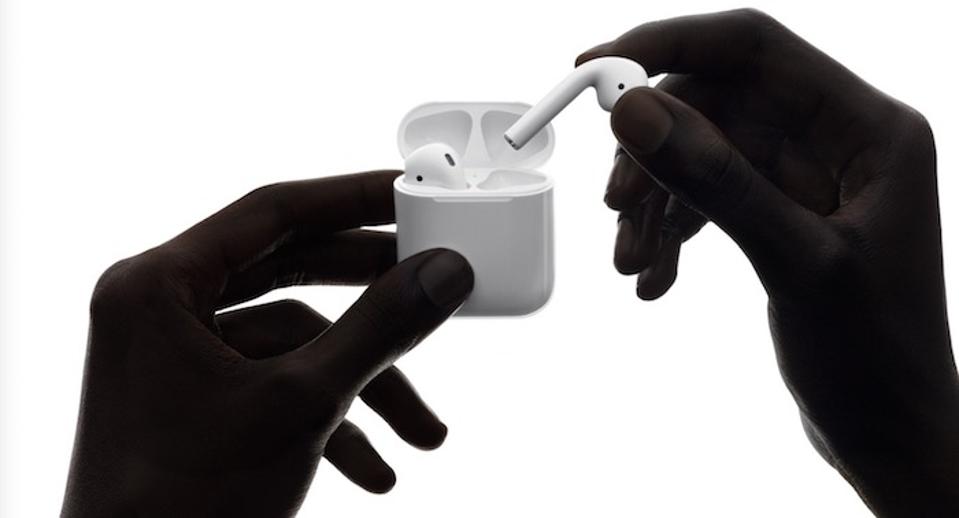 iOS 11 includes the ability to customize the controls of the wireless AirPods earphones. This can be set up by going to Settings > Bluetooth > AirPods > Tap on Left or Right under Double-Tap On AirPod. From there, you can set up what function that double tapping on the left or right AirPod will activate whether it is Siri, Play/Pause, Next Track, Previous Track or Off. 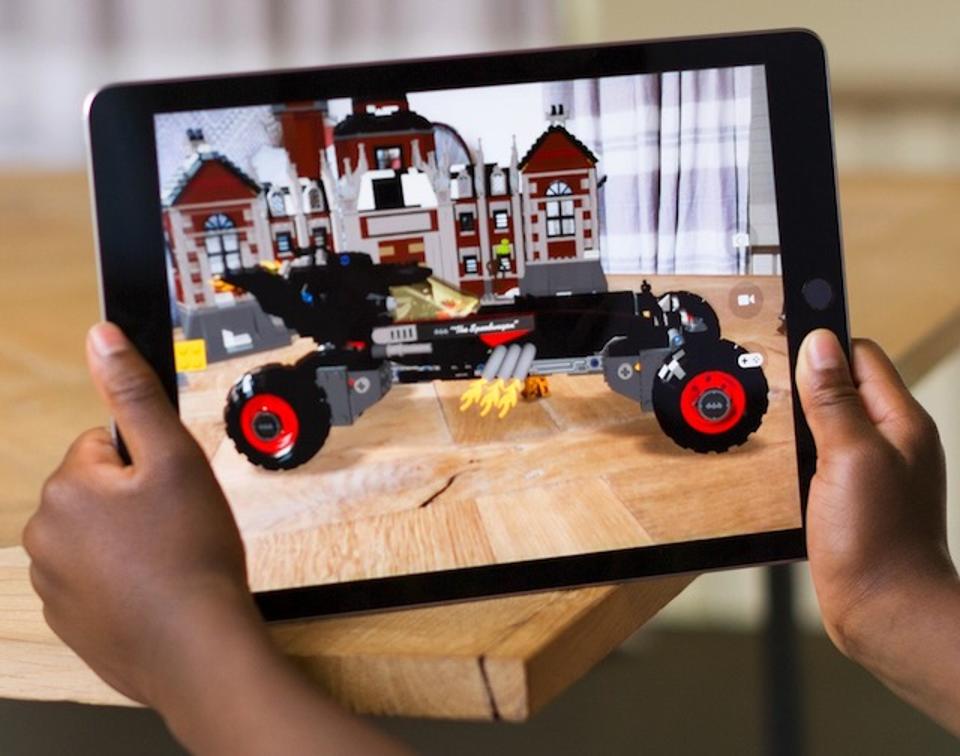 Example of an AR app

iOS 11 is bringing a new augmented reality framework called ARKit, which enables developers to build immersive AR experiences in their apps faster than ever before. The ARKit blends digital objects and content with the environment around you as we have seen with the popular game Pokémon Go. 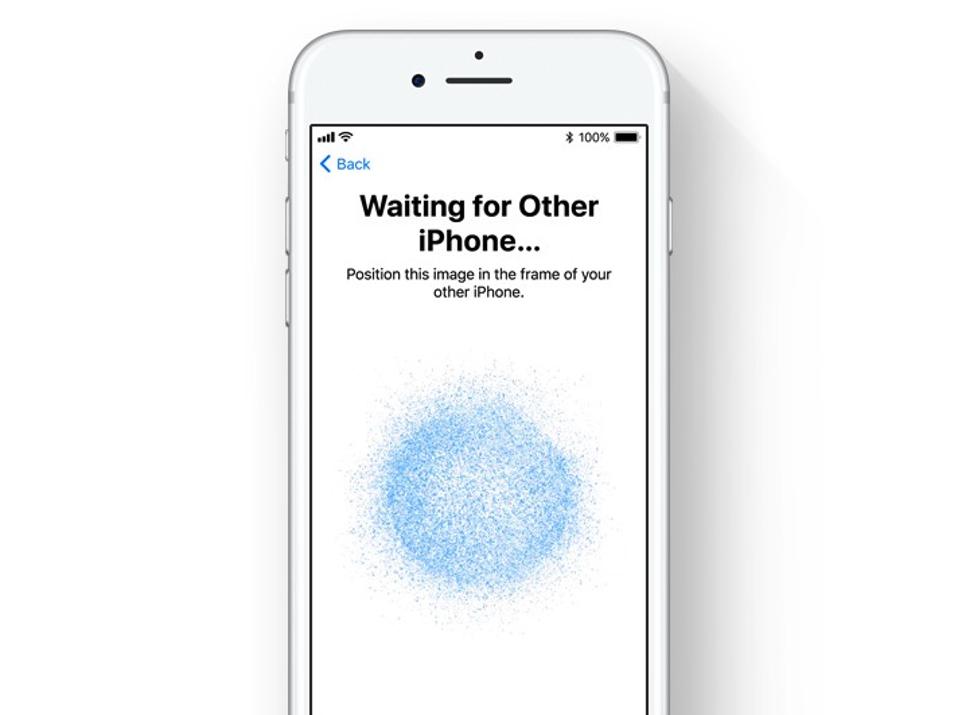 When you buy a new iPhone or iPad, you can quickly set it up by holding the new device near another iOS device. This will automatically transfer your personal settings, preferences and iCloud Keychain passwords. 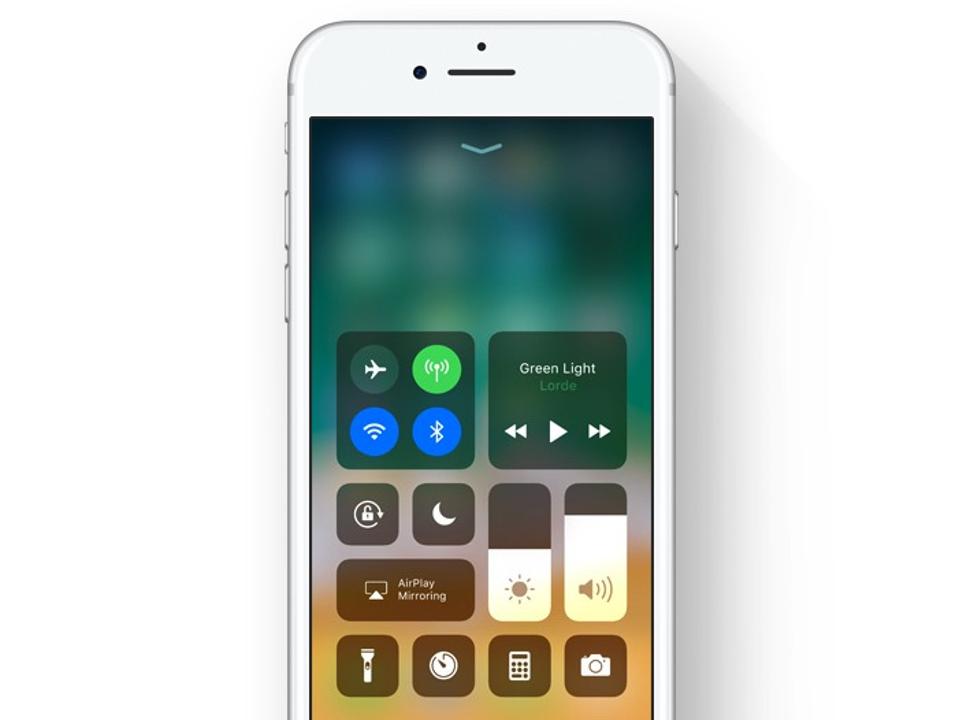 Apple has redesigned the Control Center in iOS 11 and it is now customizable. This means you can make it easier to set up shortcuts for your preferred settings and apps. For example, you can add the ability to dim the lights in the dining room, control Voice Memos and add a shortcut to Low Power Mode. Plus you can use 3D Touch in the Control Center to unlock more commands. 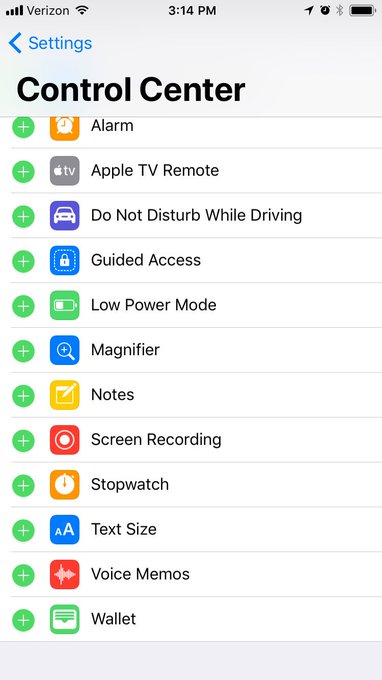 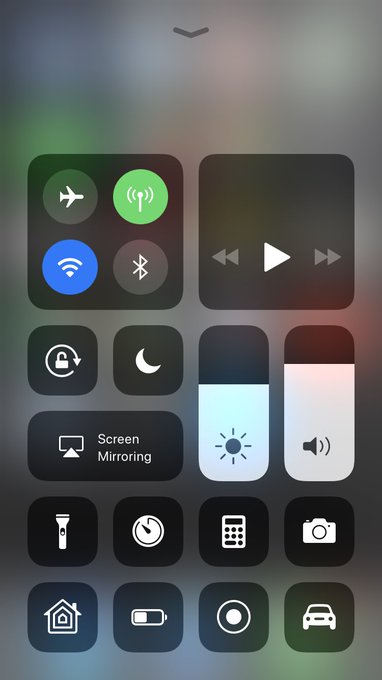 6.) Do Not Disturb While Driving 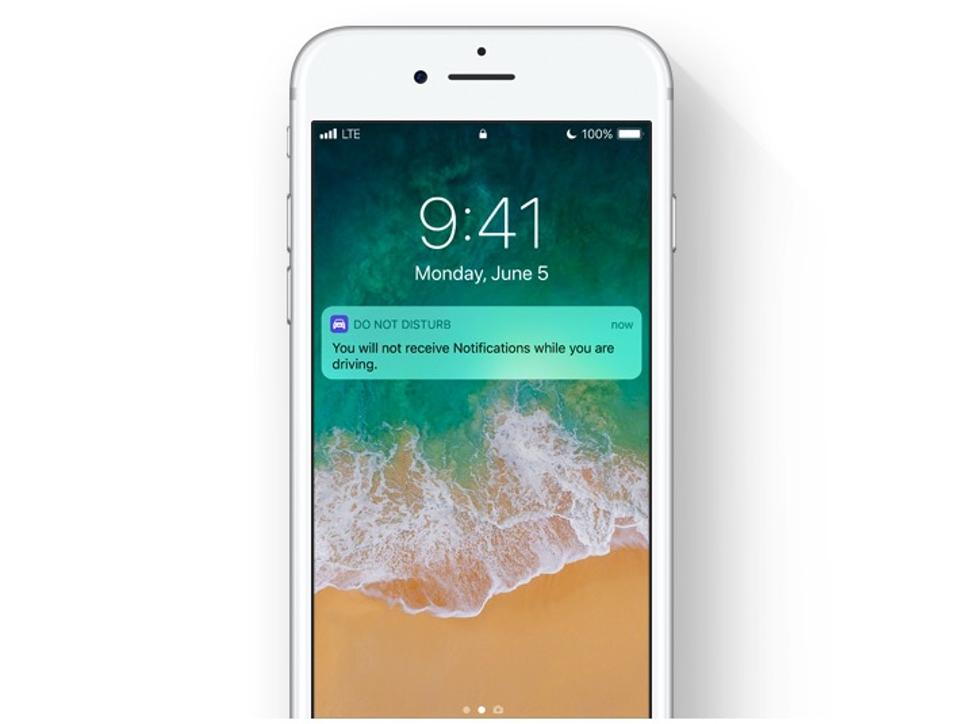 Do Not Disturb While Driving

When you start driving, your iPhone will be able to sense that you are in transit and it will prevent you from being distracted with phone calls, text messages and notifications. And people that are trying to reach you will be notified that you are driving. 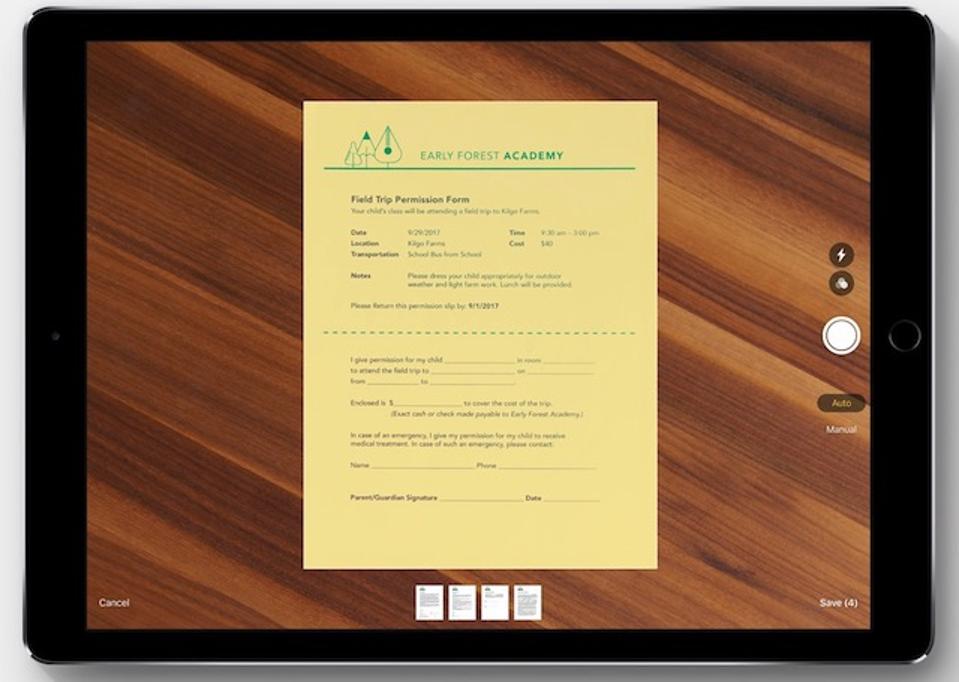 There is a new Document Scanner feature in the Notes app that can automatically detect when a photo of a document is being added to the app. Then it automatically crops the edges and removes the tilt or glare. And you can fill in the blanks or sign it with the Apple Pencil.

8.) Drag And Drop With The iPad 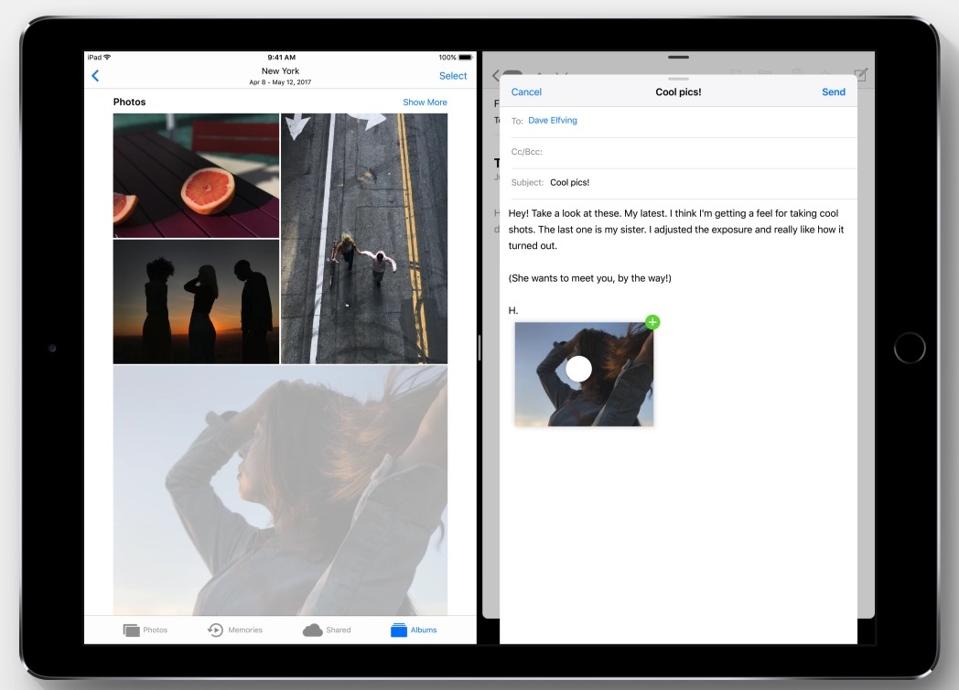 Drag and drop with iPad

There is a new Drag and Drop feature for the iPad. This feature lets you easily move text, photos and files between apps. You can essentially move around anything, anywhere on the screen. 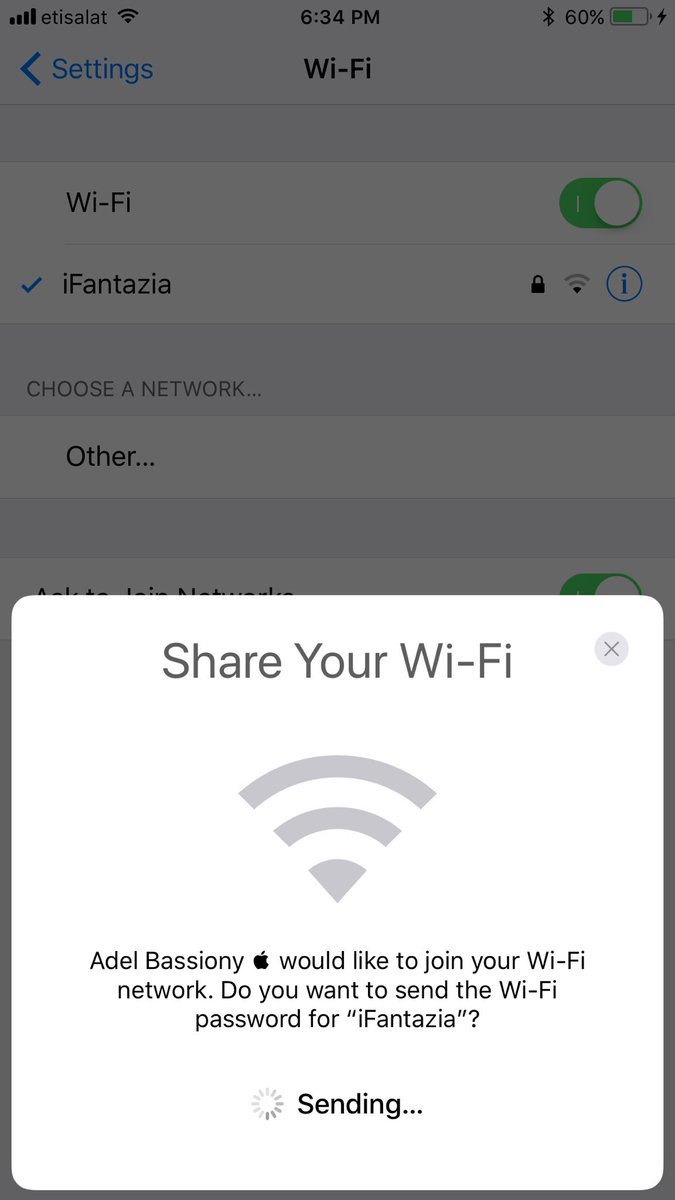 Whenever you visit a friend or family member, it can be a nuisance to find out the Wi-Fi network name and the password. iOS 11 will be fixing this problem with a Wi-Fi sharing feature. If the guest and a user connected to the Wi-Fi are running iOS 11 and higher, then the connected user can automatically log the guest in with a simple tap. 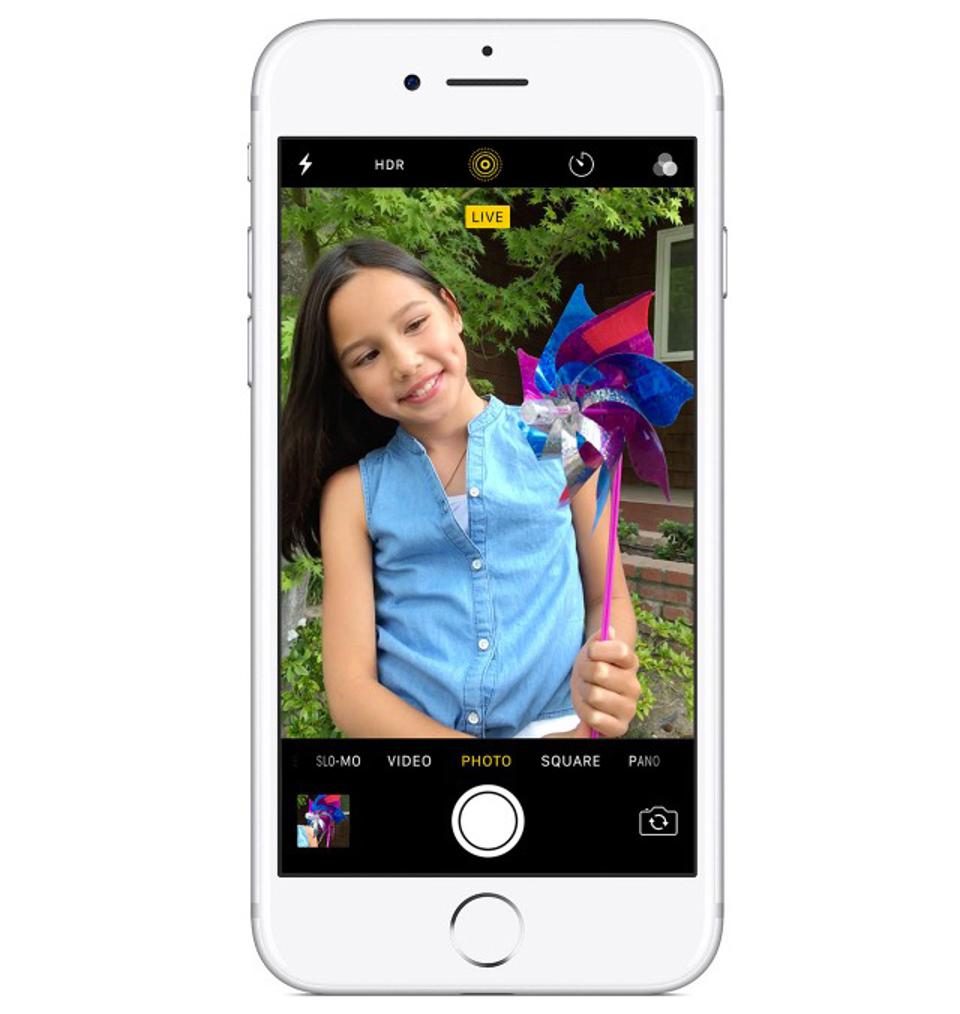 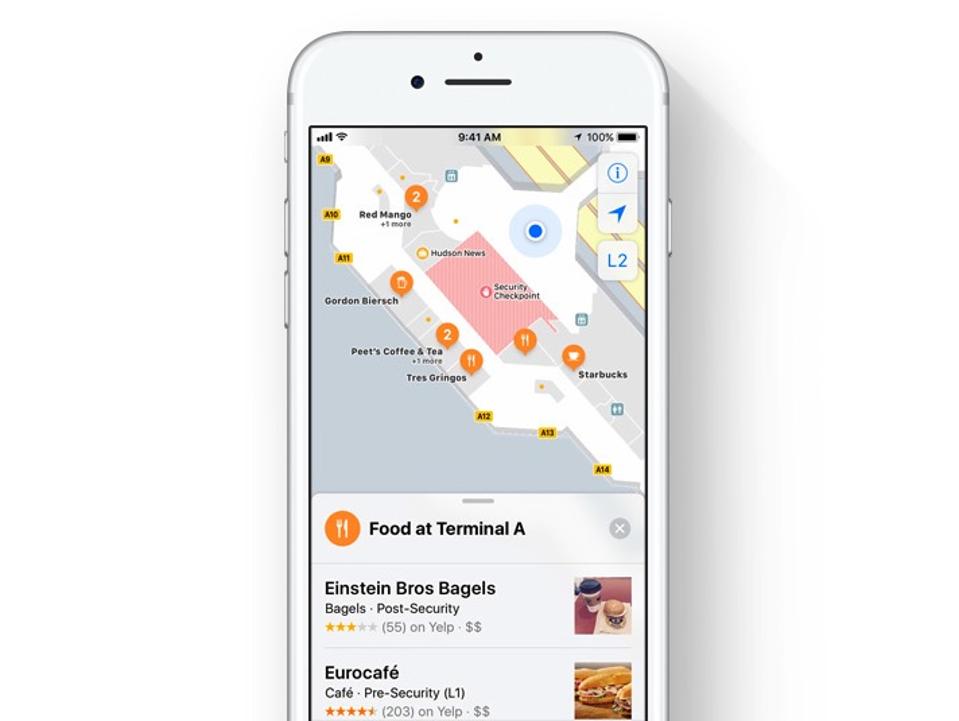 The Maps app in iOS 11 will provide you with indoor maps. This feature will show you detailed maps of hundreds of shopping centers and major airports around the world. This makes it easier to see which restaurants are past security at the airport and which stores are on each level of the mall.

12.) Inline Drawing In The Notes 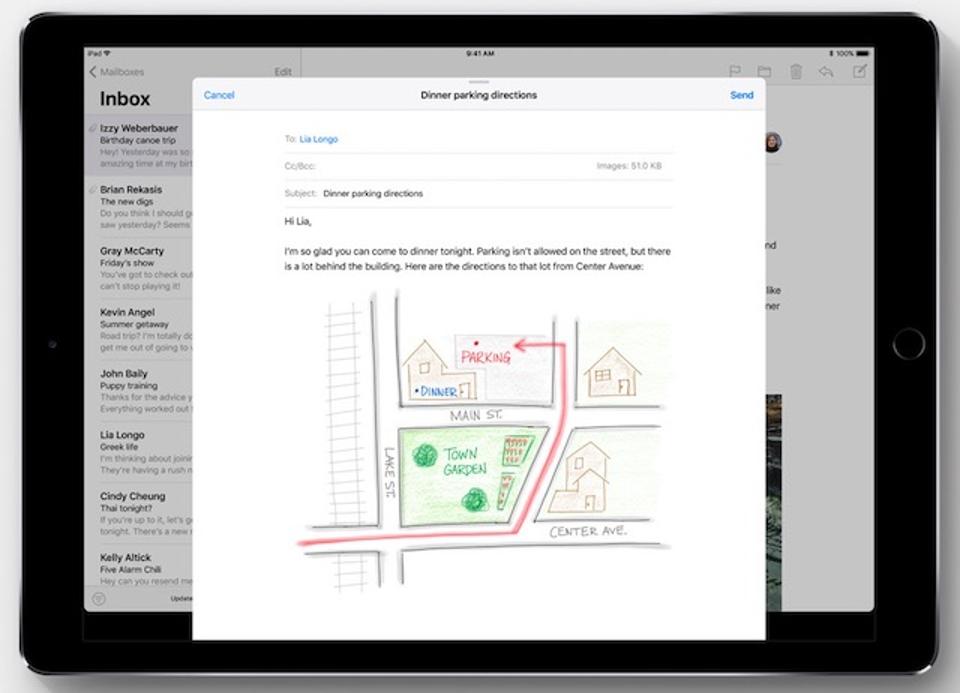 Now when you jot something or draw something in Notes, the text around it can be moved aside to make room. And these inline drawings can be added to emails within the Mail app. Plus you can search for handwritten words in the Notes app (English and Chinese only). 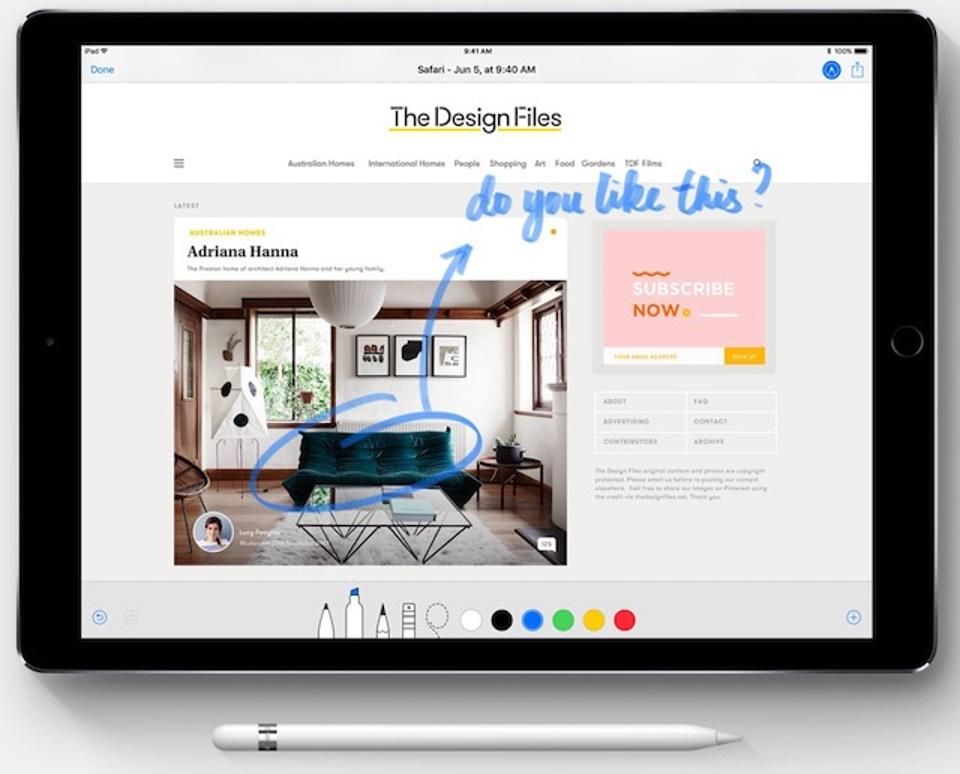 Instant Markup with the Apple Pencil

14.) Instant Notes With The Apple Pencil 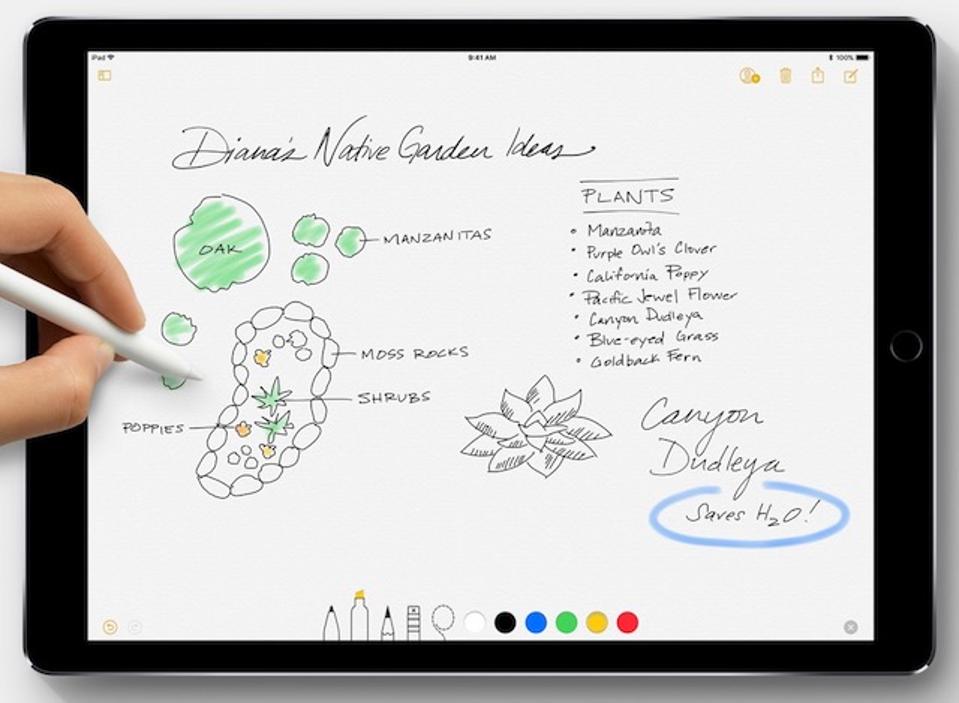 When you tap your Apple Pencil on the Lock Screen, the Notes app will immediately open. This makes it much more efficient to instantly get organized and retain your ideas.

Running out of storage space on the iPhone can be a frustrating experience. Fortunately, iOS 11 can automatically detect which apps you do not use often in order to help you save space. This feature is called “Offload Unused Apps.” And it will retain the documents and data of those apps in the device so those apps fully restore if you re-download them. The deleted apps will be grayed out in the iPhone Storage screen and it can be reinstalled with a simple tap. 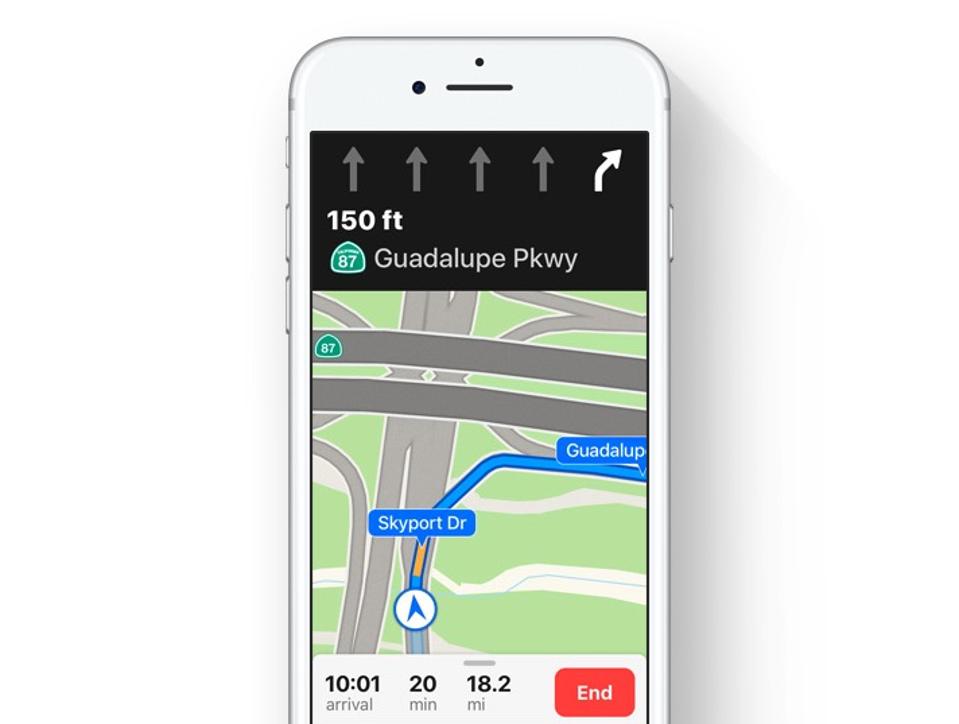 The Maps app in iOS 11 has been improved to help you avoid missing a turn or exit by showing you the lane that you should be in while driving. Plus the Maps app will also show you the speed limit of the road you are driving on. 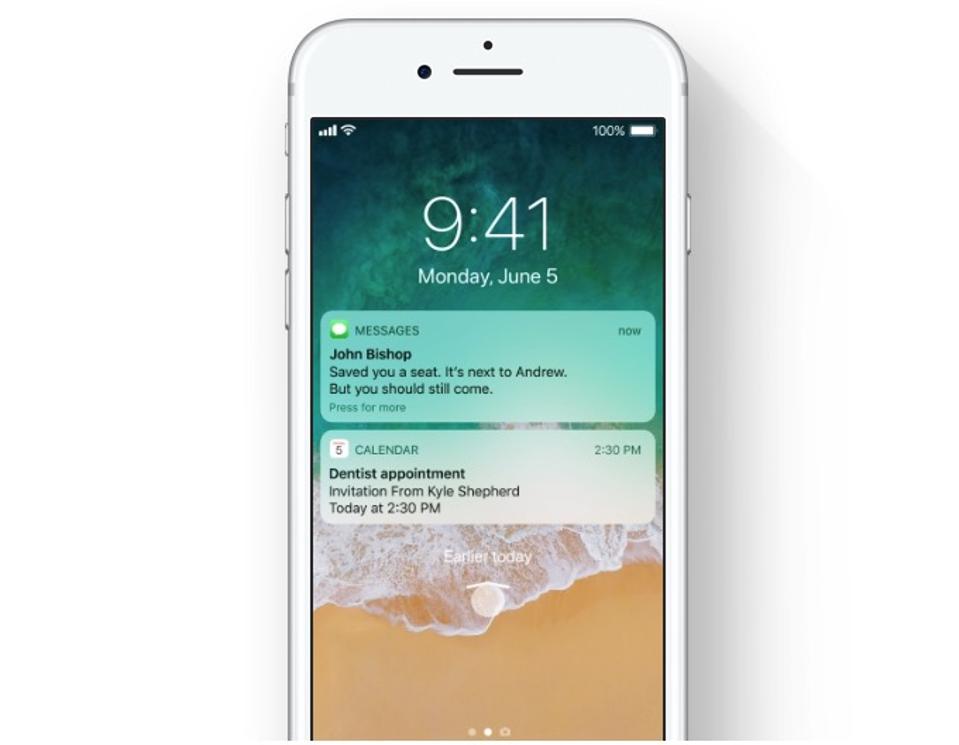 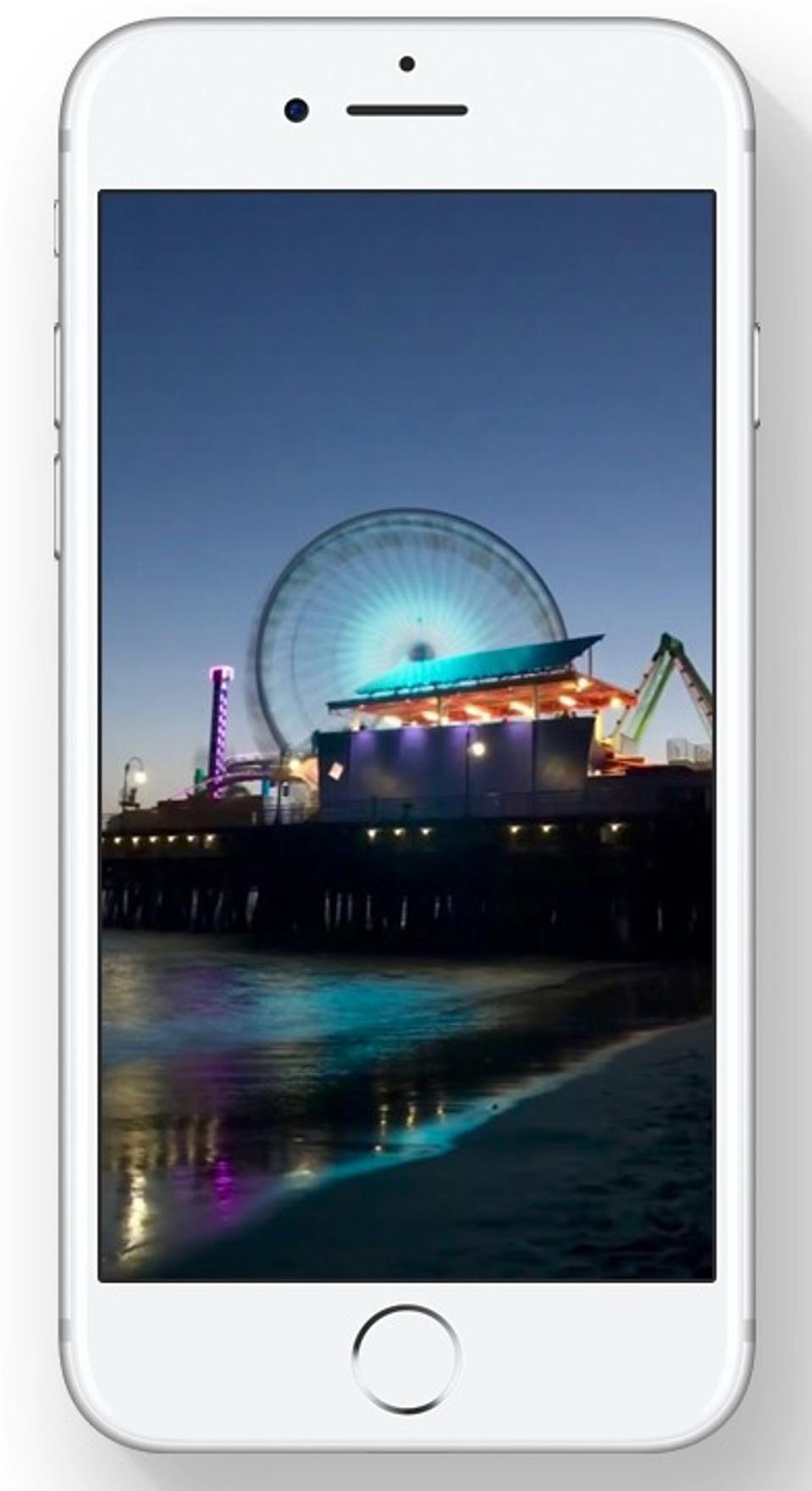 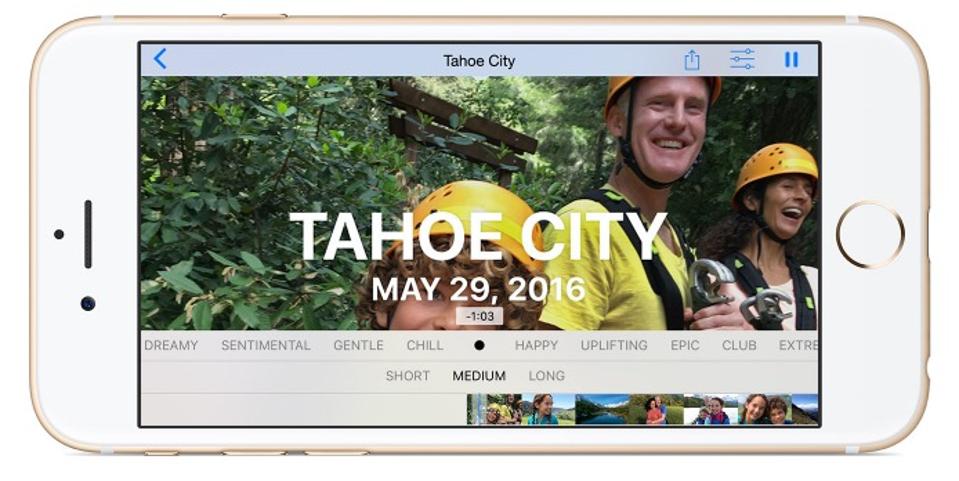 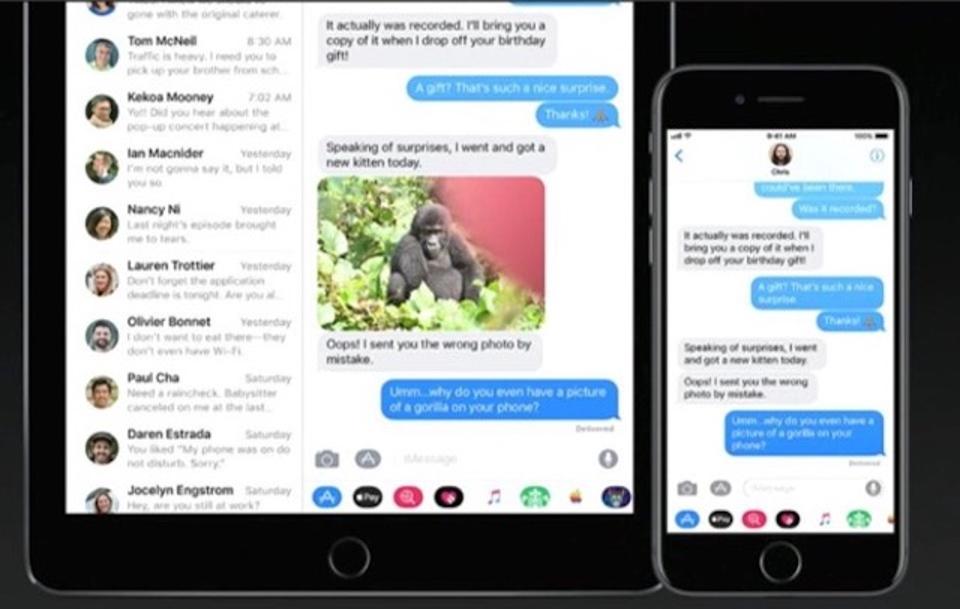 The Messages app will have better syncing across multiple iOS devices in iOS 11. This means if you delete a message on the Messages app on your iPhone, then it will also delete on the iPad and the Mac and vice-versa. This feature is supported with end-to-end encryption.

21.) Multitasking In The iPad 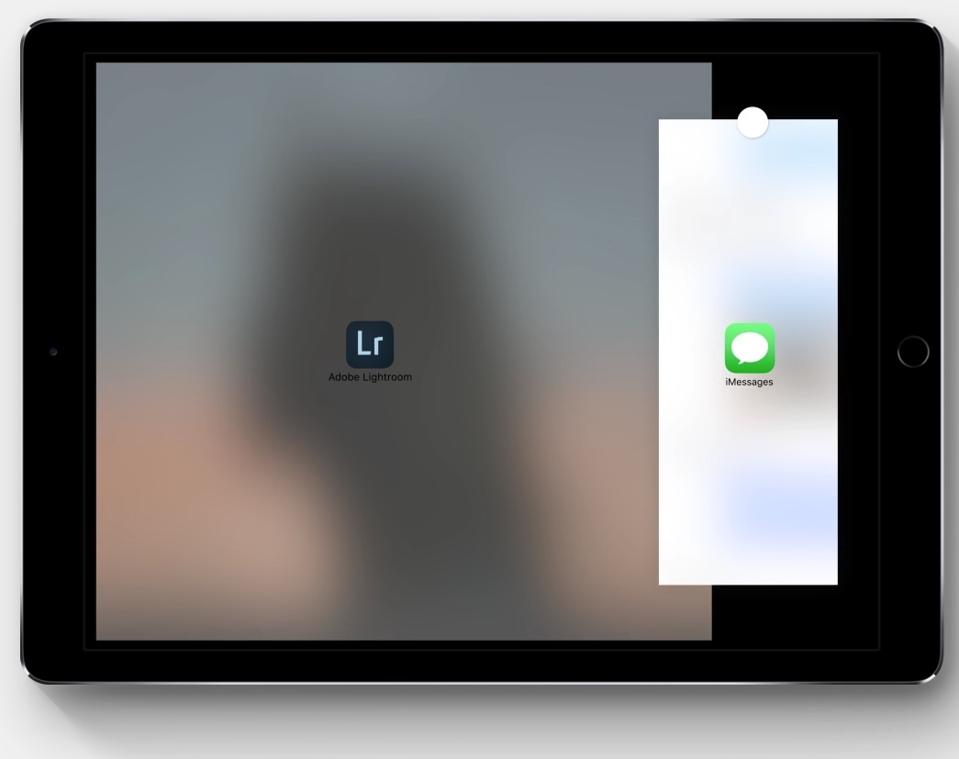 Multitasking in the iPad

iOS 11 makes it easier to multitask with the iPad. You can open up a second app right from the Dock and both apps can be controlled with Slide Over and Split View. You will be able to drag the second app with Slide Over to the left. And there is a newly designed App Switcher so you can get back to your favorite App Spaces. The new App Switcher feature looks similar to the Launchpad on the Mac: 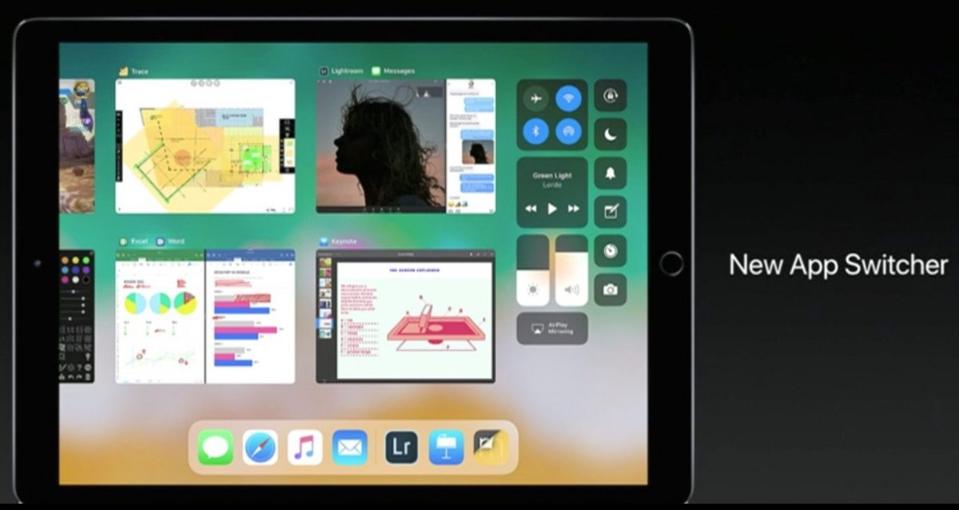 App Switcher on the iPad

Errol is a Senior Tech writer for The Bits & Screws Tech Community. He blogs and covers latest tech & Engineering news, reviews and tutorials on all forms of Tech Hardware & Software:BITS (basic unit of information/software) and SCREWS (all tech related hardware). After hours, you can find him practicing taekwondo or getting lost on YouTube. Send emails to [email protected]

Best Tips on how to Optimize IIS Performance for 2019. Covers ASP.Net,PHP, WordPress And SharePoint

What can you do to speed up IIS web sites? Here are 10 solid performance optimization tips for Internet Information Service. IIS Version 5.1 to IIS Ve ...
Read More
Opinions

How to choose the Best Monitors For your Graphic Design and Video Editing 2019 – Buyer’s Guide ...
Read More
Mobile